Major Stephen Lomas and his wife Jayne relocated to Darwin in 2013. They were soon followed by their two daughters, Jade and Stevie

“Moving here was a great opportunity for me to continue in a job I really enjoy and for us to start a new life … We’ve all thrived in the Territory.”

When former British Army Captain Stephen Lomas received a notification in the post that he’d be moving to Darwin, he couldn’t wait to learn more about his future home.

He’d been successful in his application for a lateral transfer into the Australian Defence Force (ADF) in 2012, and had been waiting to find out which city he and his wife Jayne would be posted to.

“We were in Germany at the time, and as soon as we found out it was Darwin we looked up everything we could about the city and the Top End. We were genuinely excited,” said Major Lomas who looked into relocating in 1995, but decided to stay in the UK so their two daughters, Jade and Stevie, could finish their schooling.”

There was only one concern – the creepy crawlies.

“Jayne was reading this newsletter, which the Defence Community Organisation in Darwin sends to people coming to the NT for the first time, and she was like, ‘OMG, there’s spiders, snakes and crocs, and the cane toads are poisonous, too’,” said Major Lomas who is now in the Australian army and was posted to the 1st Brigade at Robertson Barracks. “She’s not one for creepy crawlies and still has a phobia about them, but she’s not as scared anymore.”

Major Lomas, who joined the British Army in 1984 as an Apprentice Draughtsman and progressed through the ranks from Sapper to Captain, said moving to the Territory in 2013 offered a great opportunity to continue in a job he enjoys and start a new life with his family.

“It’s given Jayne the chance to do a job she loves for more than two or three years, as usually she had to stop when I was reposted,” said Major Lomas, now 51. “Coming here has also given the girls opportunities to do something else with their lives. We weren’t 100 per cent sure they were going to follow us but they did and it’s worked out for them as much as it has for us.”

Major Lomas, who downplays his considerable achievements, such as receiving a Conspicuous Service Medal for his devotion to duty in the 2017 Australia Day honours list, is grateful the Territory has allowed “his family to thrive”.

He loves the weather, including the build-up and wet season with its dramatic light shows, the diverse community engagement and outdoor lifestyle. And now COVID-19 restrictions are lifted, he and Jayne will head off camping in their roof-top tent – just so there’s no chance of creepy crawlies getting in. 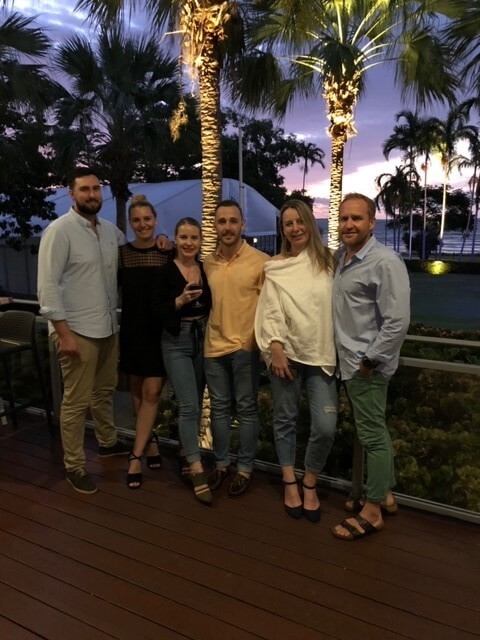 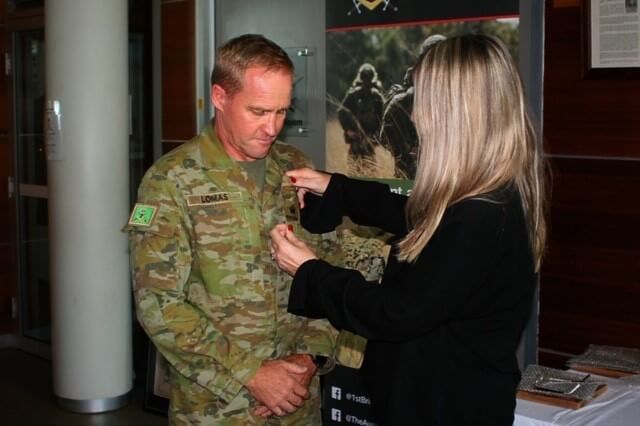