“My heart, my soul, is there in the Territory – always.”

One of Australia’s most celebrated singer songwriters, Shellie Morris, was in London when inspiration struck for her uplifting single, Footsteps.

She’d just got off the train at rush hour and was trying to get out of the station when she stood with her back against a wall watching all the people go by.

“Everyone was rushing with their head down, not looking at each other,” recalled Shellie. “I was standing there with my back against a wall trying to be brave enough to get back into the crowds.

“All of a sudden I felt this wave of homesickness for the Territory – all the wide, open spaces where we can hear ourselves think and have the time to sit and look into other people’s faces. I was longing to get back there, to home, where we live at a much gentler pace.”

At the time Shellie had been invited to work with the SongHubs program in London while she was in the UK showcasing at Celtic Connections. SongHubs paired APRA AMCOS members with international producers and writers to collaborate on new songs.

“The lyrics for the song just came tumbling out. It’s about going home to the Northern Territory,” said Shellie, who moved to Darwin in the 1990s to find her family who are Wardaman and Yanyuwa.

When Shellie, who was adopted and raised in Sydney, discovered her roots she said she found a “sense of belonging”.

“I found a sense of identity, a link to my tribe, my language. I’m still very much connected with my adopted family but this piecing together with my Indigenous family made everything better. I feel so much stronger because of that.”

Shellie, a multi- award winner, ARIA finalist and NT Australian of the year, has worked with the world’s best in music to create Footsteps, which was mixed and mastered in the most famous recording studio, Abbey Road Studios.

Released in 2019, the spine-tingling song features musician, dancer and respected Yolngu songman Djakapurra Munyarryun. “Djakapurra’s part is so powerful. It’s about belonging to the land, and going back to that country,” Shellie said.

For Shellie the landscape, lifestyle and open spaces are what draws her to the Territory. “My heart, my soul, is there – always.” 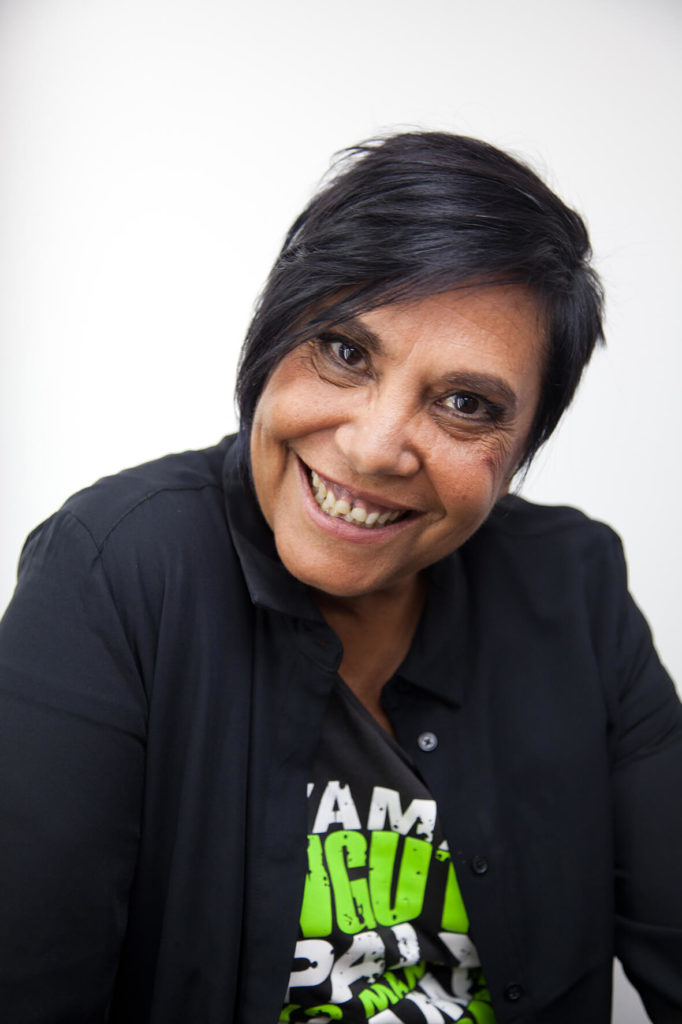