Sharon Jennings is a born and bred Territorian

“One of the things I love about the Territory is that everyone is happy to help out, lend a hand.”

Sharon Jennings has three big loves – sport, her family and the Territory.

The 29-year-old comes from a large family of eight siblings. The four eldest came over with her parents when they moved from Queensland to the NT in 1986 and the four youngest, including Sharon, were all born in Katherine.

“We are all really close and one day if I ever have kids I would love to raise them here in Katherine. It’s such a great place, especially for families.”

Growing up in the remote Territory town, Sharon has made the most of her time, playing on nearly every sporting team and sitting on just as many sports committees.

She has also put countless hours into reviving a sport on the brink of folding, which earned her Young Citizen of the Year at the Australia Day Awards ceremony in January this year.

“When I joined the Katherine Rugby Union committee at the beginning of the 2018 season, there was a struggle for players every week. There had only ever been a men’s competition, so my idea was to start a women’s team.

“I thought if I could get women involved, their husbands and partners, their friends and their kids would become interested too.”

Rallying together as many ladies as possible, Sharon taught a quick-paced, faster game called Rugby Sevens. “At the beginning we needed just 14 girls. We had to teach tackles, line outs, everything,” said Sharon who works fulltime. “I already knew how to play growing up in a family where the boys played rugby and the girls played netball.”

Numbers started growing with the local team winning the second round of the NT Rugby Union’s Summer of Sevens on home turf in 2019. It was a significant victory for Sharon and the small group of volunteers dedicated to supporting a thriving sporting community.

“One of the things I love about the Territory is that everyone is happy to help out, lend a hand,” she said. “There’s great community spirit here and I love to be part of that. I notice a difference in town when sport is on, for people who are into it I see connections and support.” 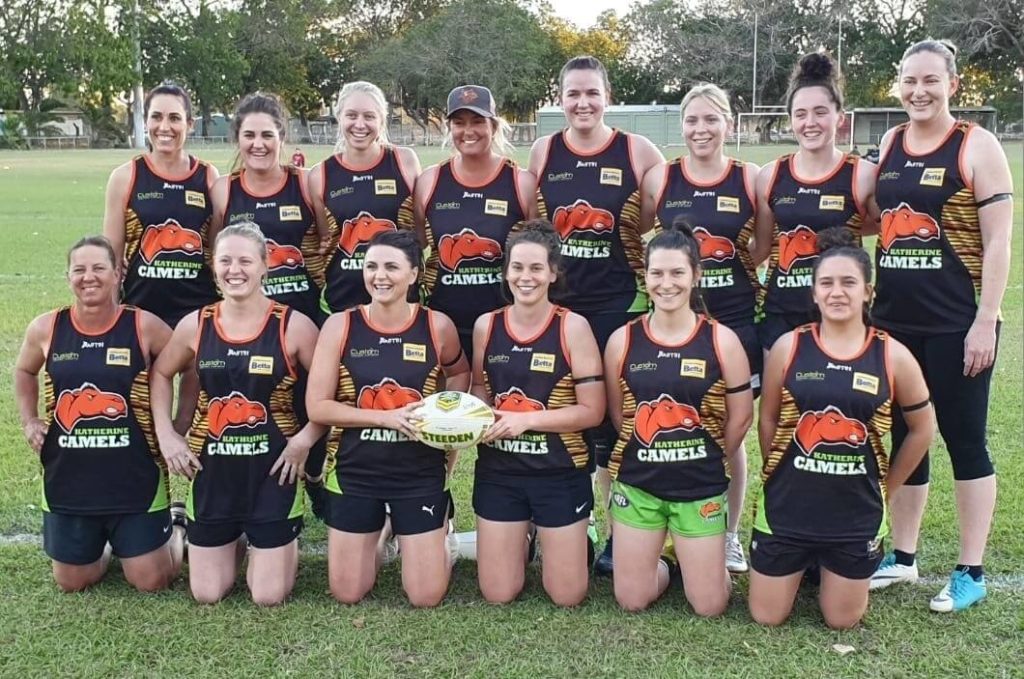 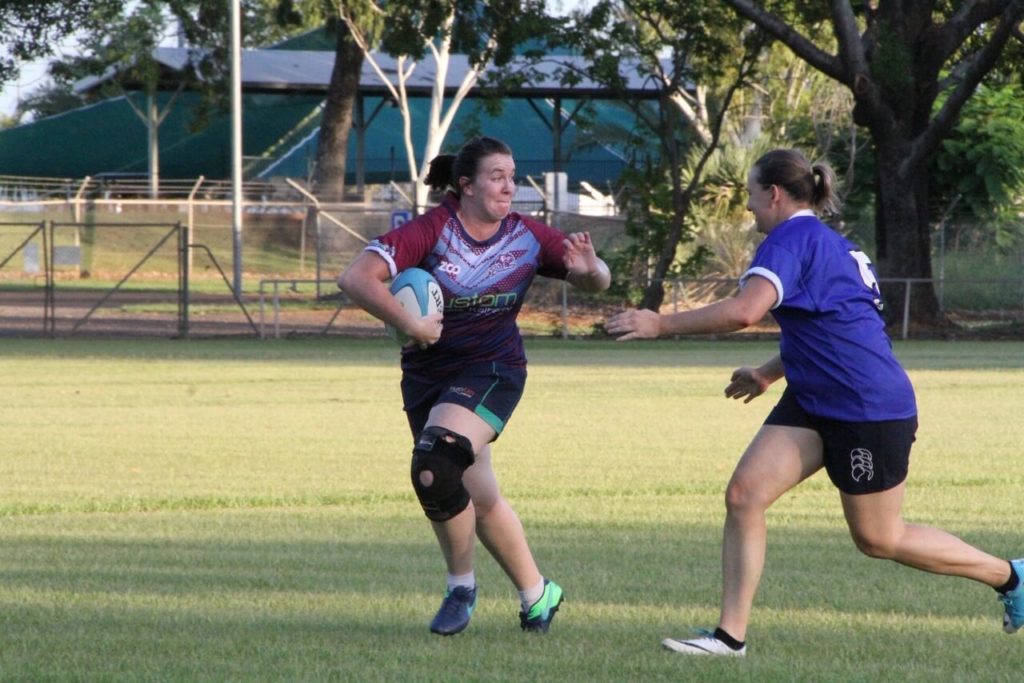 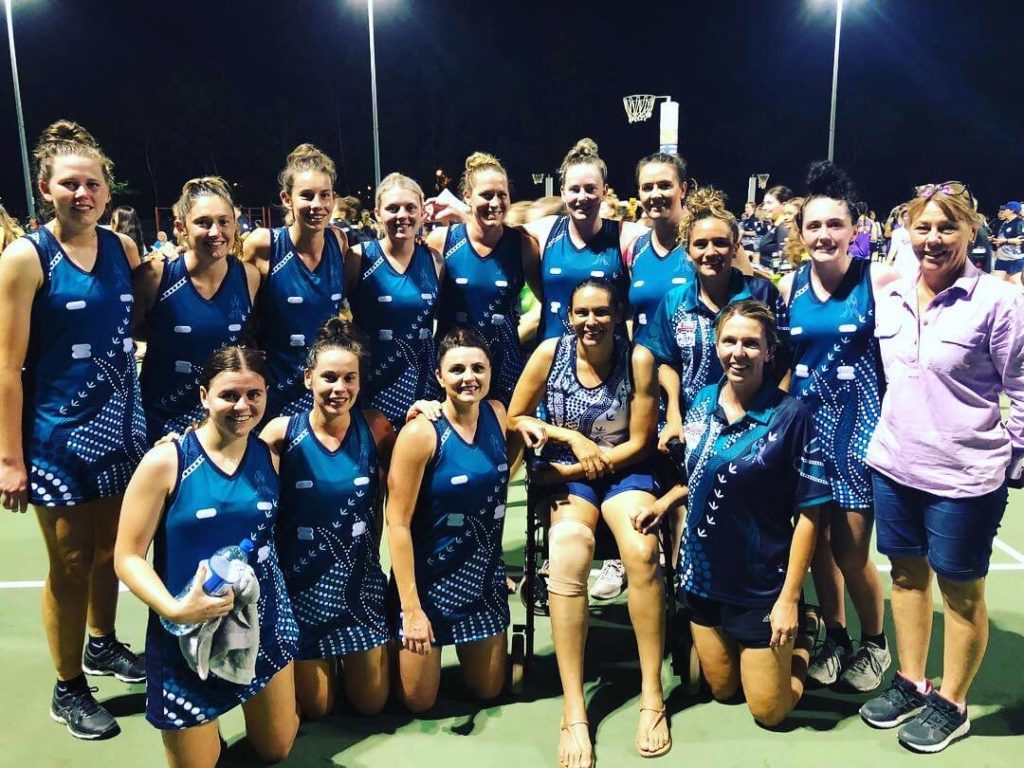 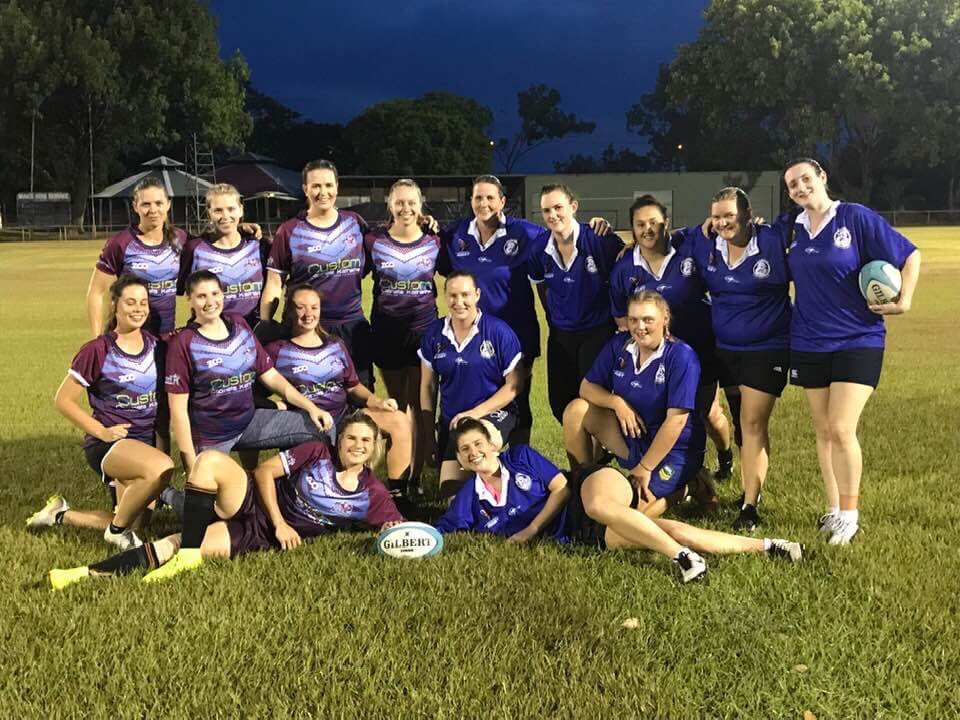