“It’s been such a remarkable opportunity to learn from the (Aboriginal) artists as well as help them improve their skills. The personalities of the people living here is a huge drawcard for me.”

When Frenchman Georges Bureau was studying Pacific arts at the École du Louvre in Paris, he never dreamt he’d end up living and working in the Northern Territory.

He came to Australia as a backpacker in 2012 and landed an internship at a French Australian gallery based in Bondi, Sydney. Frustration at the lack of diverse Aboriginal art shown sent him on a journey to the outback.

“I needed to see where the paintings were made and listen to the stories behind the art; get my hands dirty, in other words,” Georges said.

For three years on and off Georges worked as a volunteer for the Aboriginal-owned art centre Warlukurlangu Artists in Yuendumu.

He also volunteered at Ninuku Arts, which supports artists from two communities – Pipalyatjara and Kalka – on the tri-state border of Western Australia, South Australia and the NT.

“I immersed myself in the culture, mixed paints, primed the canvases and, more importantly, listened to the stories,” he said.

In 2015 he took a job as Visual Arts Coordinator for Barkly Regional Arts in Tennant Creek, where he found himself working with Aboriginal artists from town camps and several outlying communities, including Epenarra, Mungkarta and Canteen Creek.

“It’s been such a remarkable opportunity to learn from the artists as well as help them improve their skills,” the 37-year-old said. “The personalities of the people living here is a huge drawcard for me.

“I find the artists, especially the women I deal with, exhilarating, resilient, strong and obstinate, which is a strong compliment coming from a Frenchman.

“They (the artists) have the thoughts, knowledge and passion to create refreshing and fascinating work. They’re so passionate about putting arts on the map.”

Georges met his wife-to-be, Vera, from Sumatra, Indonesia, while shopping at the town’s only supermarket and the couple has a 15-month-old baby, Namura.

“Tennant Creek is a one-off; different art, people and cultures all mixed together in a unique blend. It’s part of the appeal of this place,” he said. 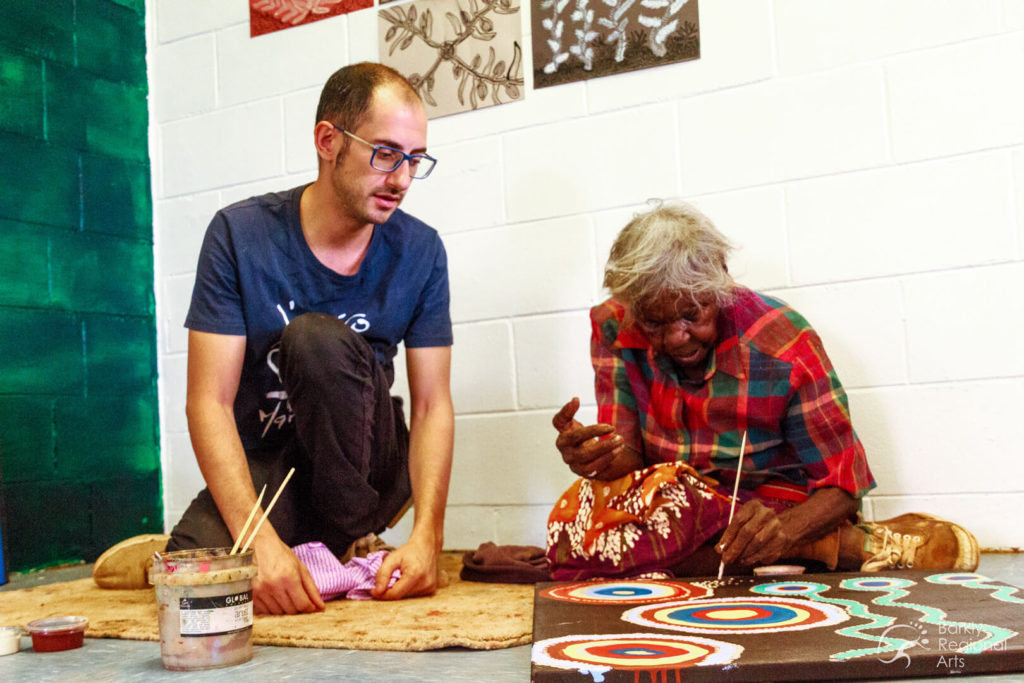 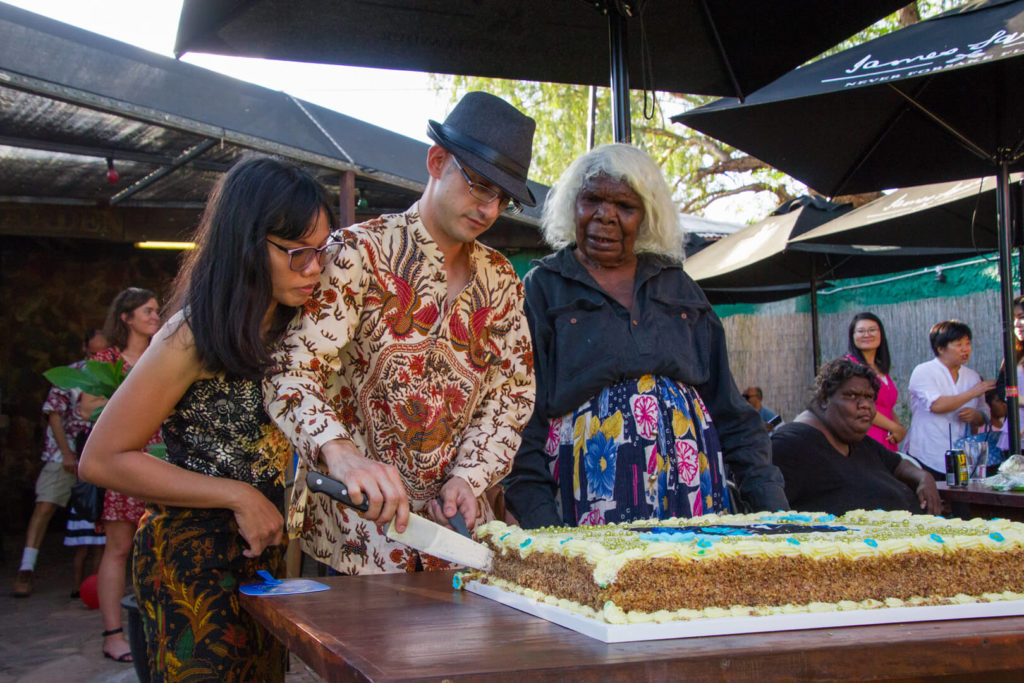 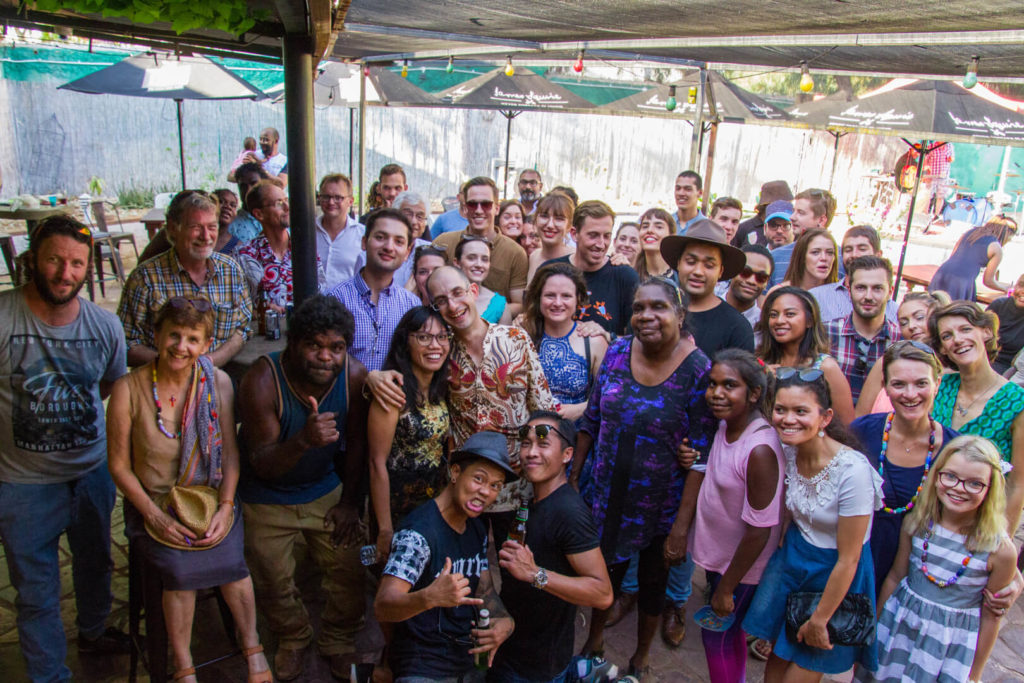 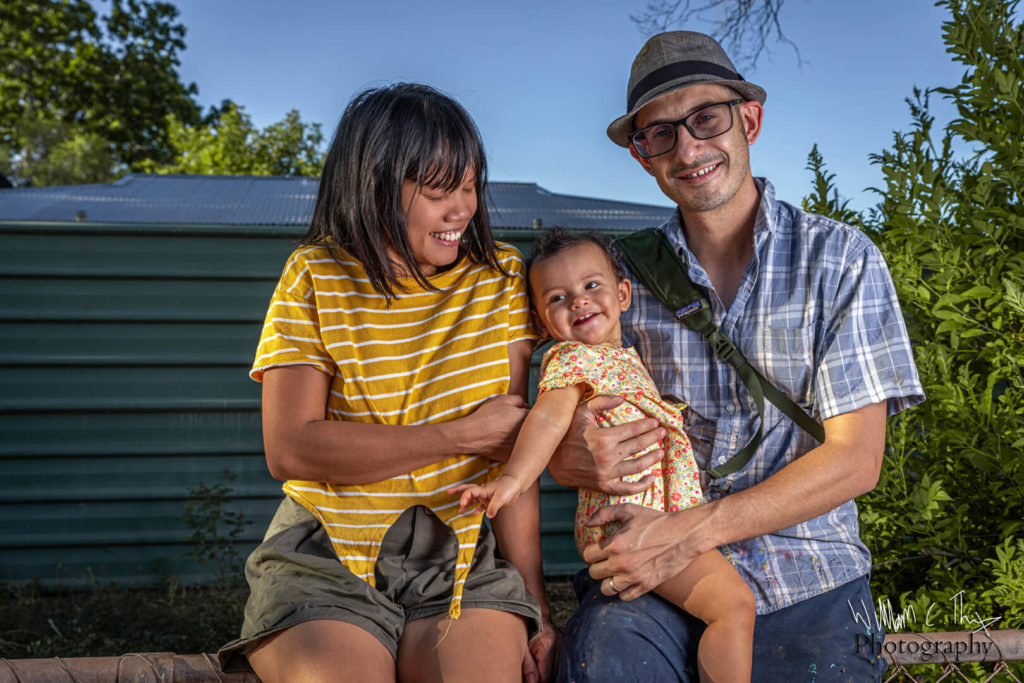 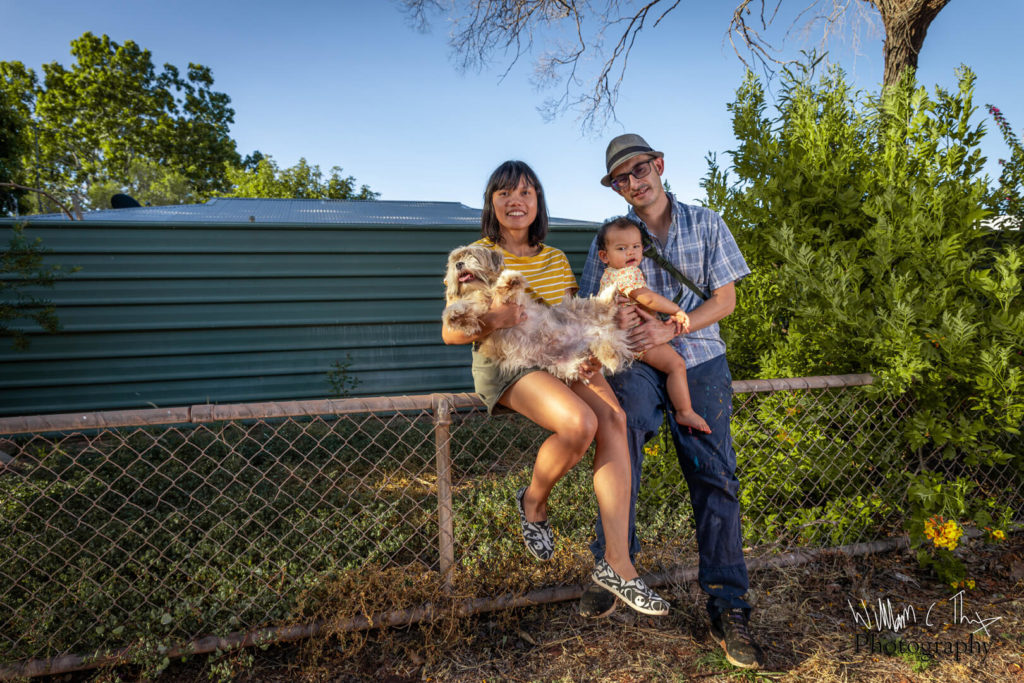