“There’s no pretentiousness here. You are accepted and the welcome is just as warm as the weather.”

Local businesswoman Darlene Chin reckons there is a recurring theme in her family.

Despite leaving the Territory for different reasons – including being evacuated during World War II and wanting to experience another way of life – the Chins have always returned.

“It struck me while talking with my dad the other day that a recurring theme in my family is returning to Darwin,” recalled Darlene, who is a third generation Territorian.

“My great-grandfather Chin Toy sent his son Sam Chin, my grandfather, back to China to be educated, to oversee other family businesses and to marry. He came back with his wife.”

Over the years Darlene’s grandfather moved back and forth between China and Darwin with his wife Sue Wah and their growing brood of children, including Darlene’s father Johnny, who was born in Darwin in 1939.

In 1942, the family was evacuated to South Australia, returning to Darwin after the war. Darlene’s father worked away from home during his late teens and early 20s and Darlene herself left Darwin when she was 20 to work in Perth, then Melbourne.

“It was the best thing to happen to me; a great foundation to have.  I learned a great deal which I’ve been able to transfer into my businesses.”

Away for eight years, Darlene came home for good in her mid-20s – mainly to be with family, try out new opportunities and be a Territorian again.

“There’s no pretentiousness here,” she said. “You are accepted and the welcome is just as warm as the weather.”

A well-known businesswoman, Darlene has made the most of her time since she returned. Over the years she’s opened fashion stores, including Attitude for Men and The Dress Code, and a wholesale food and wine distribution business, Thomas Chin Pty Ltd, with her husband Darryl Thomas.

“Of course, you can set up a business anywhere, but there’s something about the Territory and the opportunities available up here that not only leads to success, but enables you to contribute to the community in a meaningful way, especially if you’re prepared to work hard,” Darlene said.

She is committed to making the Territory a place to be proud of – a place that is innovative and energised. “I believe in the Territory and Darwin is a great little city. “Sure, people come and go, but you get used to it; you get really good at making new friends. I’ve now got a community of friends from all over the country and the world, and that’s because of being here. We live and work in a unique place.” 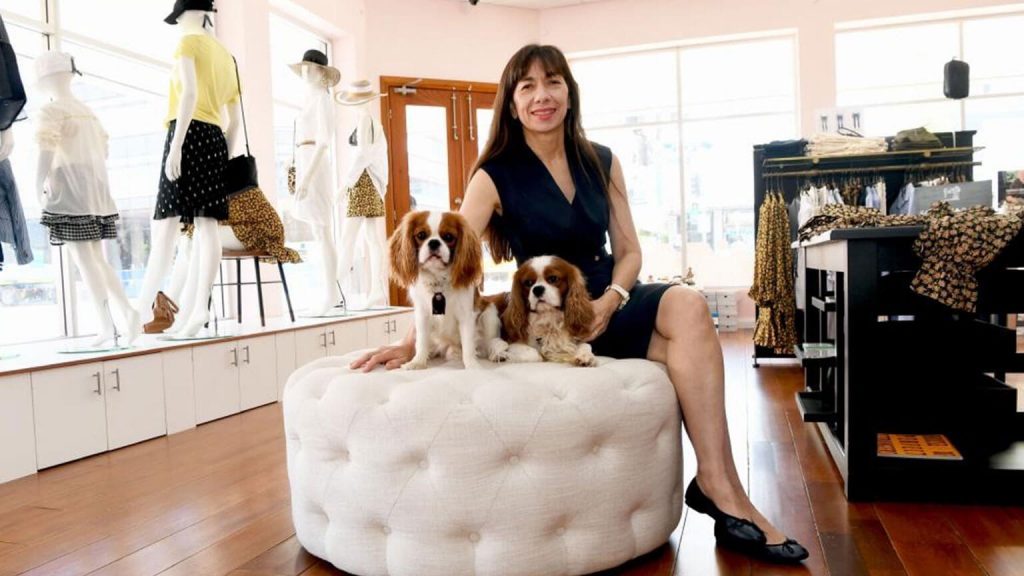